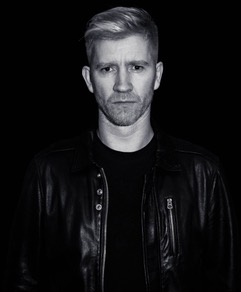 David is one of Scotland's most highly respected producers and DJs, he is a mentor to many young aspiring DJs and producers. David has led electronic music production workshops which focus on bringing opportunities to those from disadvantaged backgrounds. In addition, David is a regular on popular Glasgow based electronic community radio station Groove City Radio.

David started his musical career as the resident DJ of the now infamous Glasgow club Hanger 13, and his recording career began in 1993 with releases for the likes of Combined Forces in Holland and the legendary Noom in Germany. He went on to record for leading Scottish label Limbo under the name of “Propulsion” and “Tecra” where he enjoyed the attention of leading DJs such as Nick Warren, Christopher Lawrence and John “00” Fleming.

His tracks have been regularly featured in all of the major compilation titles such as Global Underground and Reactivate. His collaboration with leading producer Mallorca Lee (“Ultrasonic”) took him to write and produce three album tracks for dance sensation Public Domain.

With over thirty releases under his belt, and two major label deals in the works, David Forbes has proved that his production talents are worth looking out for. David Forbes has cemented himself as one of the top producers and dance DJs in the past 25 years with a consistency other can only dream of. With tracks signed to Aria (Forbes own label), Subculture, Damaged, Armada, WAO138, Outburst, Vandit, Blackhole, AVA, Captivaiting, Spinnin, S107, Reset, 68Recordings, Coldharbour, Fraction, Detox, Oxygen, 2play, Serious, MOS, Silicon, Extravaganza & Subliminal to name a few.