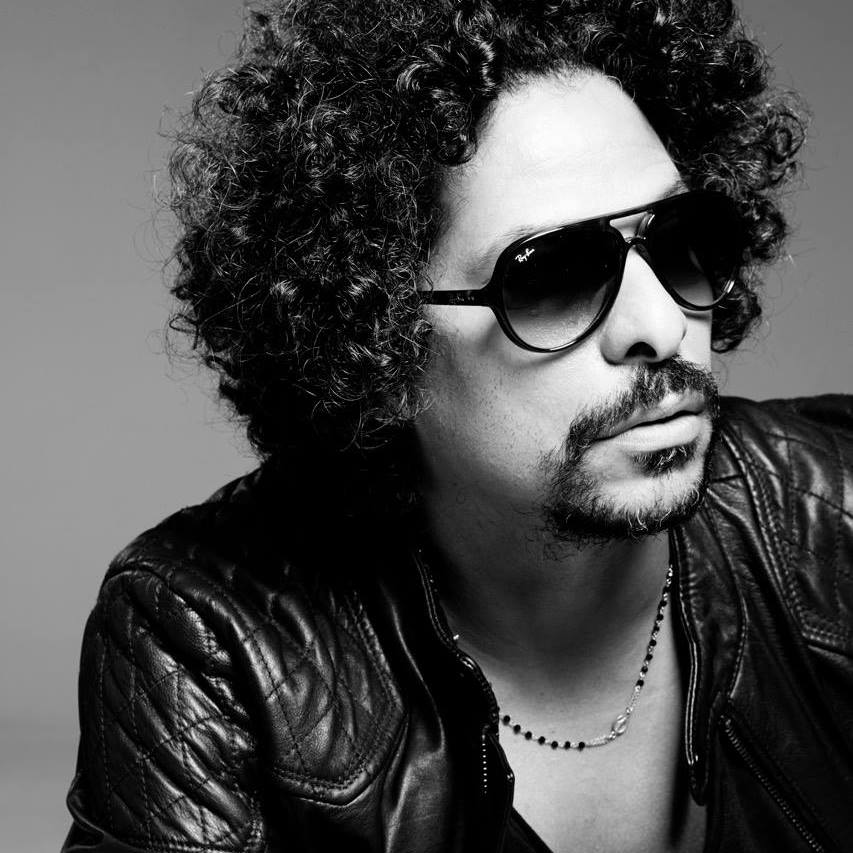 Whichever way you look at it, you know who Sandy Rivera is.

Whether it’s the words to "Finally", the stunning production that infiltrates through each of his dance floor killers, or the untold mixes that have penetrated the dance charts for nearly 20 years! Yes…... you know who Sandy Rivera is.

Hailing from the music-fuelled streets of Brooklyn in earlier years, Sandy’s formative beginnings were consumed with a passion for the sounds assaulting his ears on a daily basis. Spanish funk, hip-hop beats, early electro and the burgeoning explosion of house captivated his attention and led him away from the sidewalk towards the dark and smoky halls of some of the world’s greatest clubs.

For most, it was Sandy’s modern day 2000 classic "Finally" as one half of Kings of Tomorrow that bought him to their attention. Featuring the vocals of Julie McKnight, the dialogue between a dead woman and God transformed through Sandy’s production into one of the most revered house tracks of all time. Licensed to nigh on 200 compilations (and counting…) it remains to this day at the top of many people’s ‘all time favourite’ lists.

It was seven years prior to Finally that a chance meeting with the legendary Burt Bacharrach led to Sandy’s foray into full time production. With funding from the man behind countless hit records of his own and an obvious eye for talent, Sandy set up Blackwiz Records and released tracks such as D’Menace, Fade II Black, Open Your Mind, My Love Is Real, Young Hearts and countless others in a prolific spurt of creativity. Come Into My Room, released on Sandy’s other imprint Deep Vision spawned a new strand of electro disco-house sound, soon found to be infiltrating the works of everyone from EBTG (Tracey In My Room) to commercial big-hitters like Kylie Minogue.

Add to this list a long list of killer productions released under his long standing noughties deal with Defected Records, and more recently with Noir Music and Deep Visionz and you know that Sandy ain't leaving :The House" just yet!

PRL is proud to confirm Sandy has joined our roster of adminstered performer rights clients! 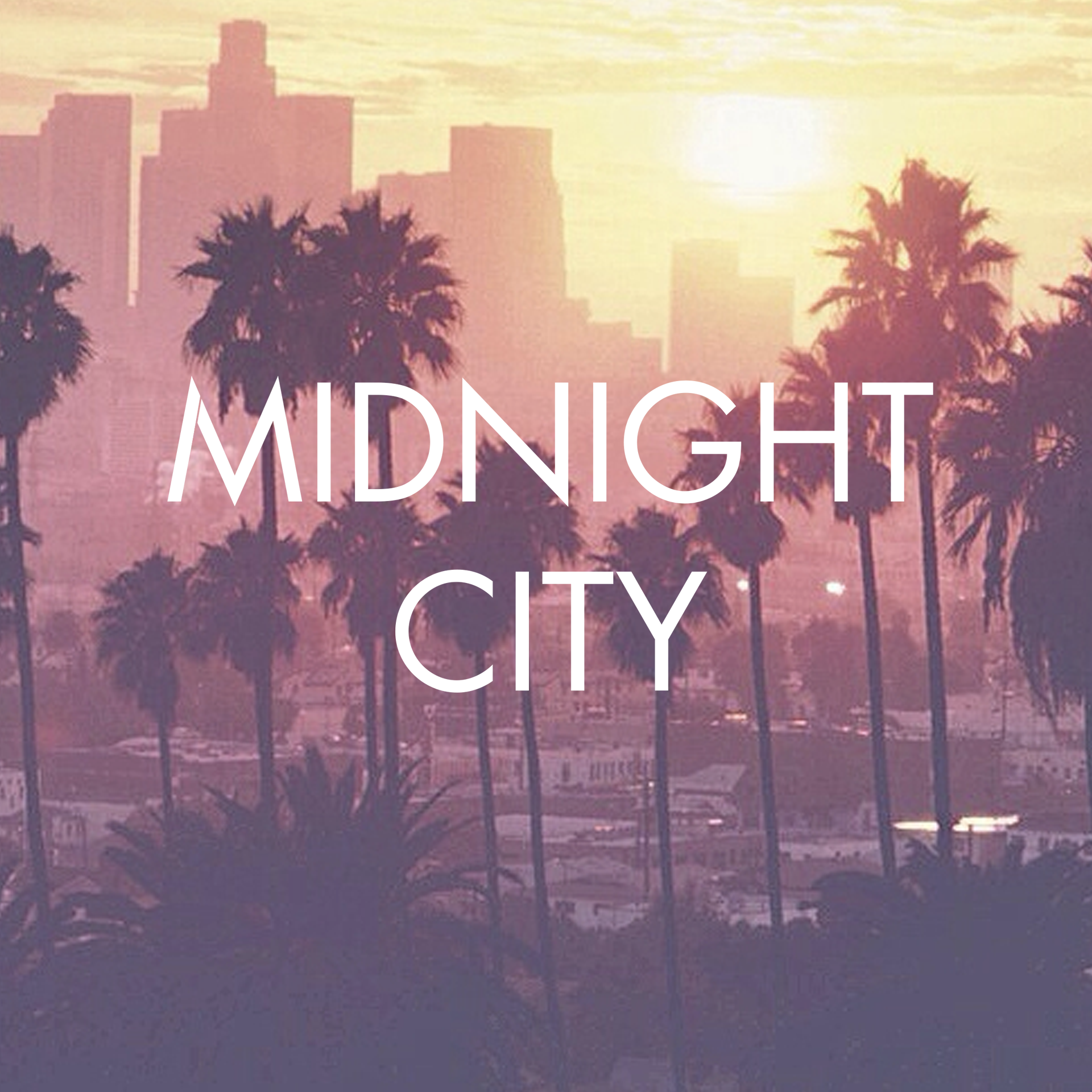 Midnight City are Jonny Hayes and Josh Jones, a house music duo hailing from Merseyside, UK. Formed in late 2013, the duo are rapidly becoming a notable name on the house music circuit.

Dedicated to delivering real house music, based on the philosophies the genre was founded on; soul, groove, positive vibes and a beat you can dance to, Midnight City have secured a cult following of loyal fans from the UK and beyond.

Championed by countless big names, and having already reached UK Top 5 status, after co-producing the Philip George & Anton Powers hit ‘Alone No More’ (3beat/Universal), plus releases set for several established record labels (including Tough Love’s ‘Get Twisted’ imprint for Sony/Columbia), it’s not hard to see why Midnight City are swiftly rising through the house music ranks. Now PRL welcomes the duo to our roster for performer rights administration. 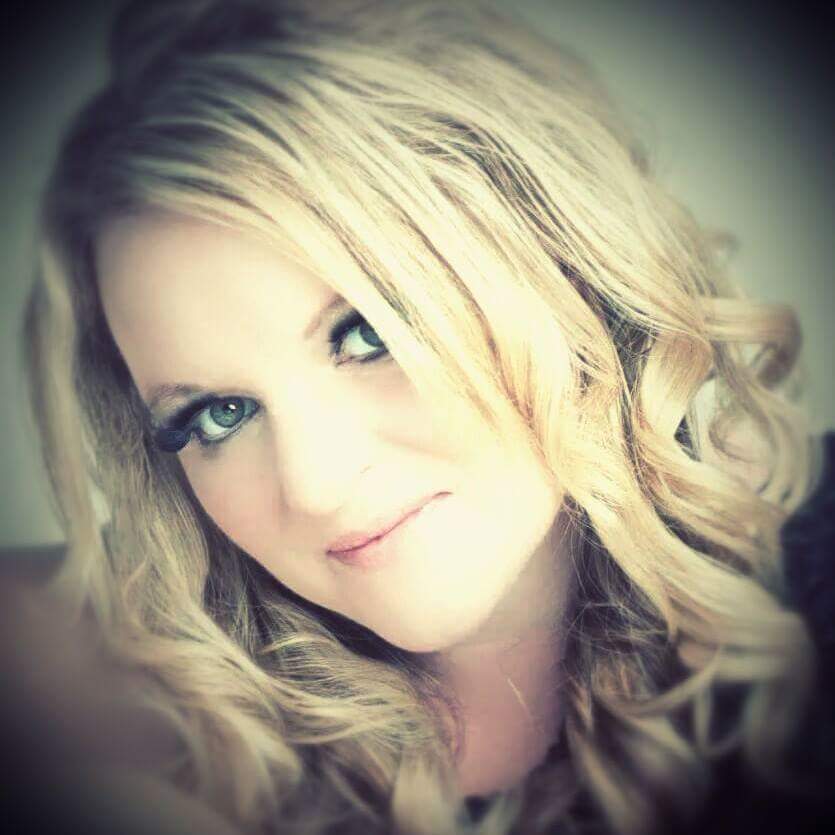 Administrating her rights on behalf of 23rd Precent Music, PRL welcomes Gemma Macleod to our roster for performer rights administration.

Combining her writing, performing and singing talents as one, Gemma embarked recently on a three year journey that has yielded some massive anthems including 'Warrior' (with Energy Syndicate, for Andy Whitby's 'AWsum Bootlegs' album), 'Broken Dreams' (with Alan Aztec for the Original Hardcore label), 'Redemption' (also with Alan Aztec for the Original Hardcore label), 'Michelle (Na Na Na)' (with Hyperforce & Wiggi for the GTYM Records label), 'There For You' (with Alan Aztec for Original Hardcore, which also received a Defekt and Stu Infinity remix). Not one to rest on her laurels, Gemma continues to write new songs daily and is currently in the processes of working on a series of future hits for a number of UK hardcore's most celebrated producers. Welcome Gemma! 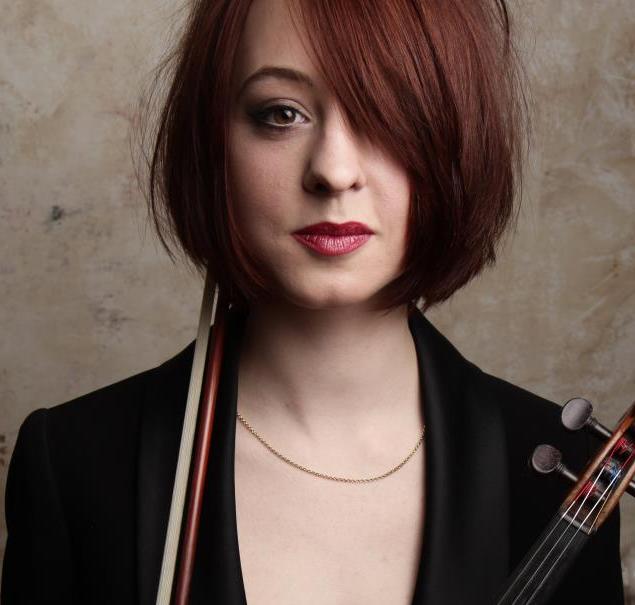 Emily "Milly" McGregor is an accomplished session violinist and arranger. Her playing has graced releases by the likes of Ella Eyre, Lucy Spraggon, Sarsa, and Sweet California to name but a few.. Now PRL welcomes Milly to our roster for performers rights administration! 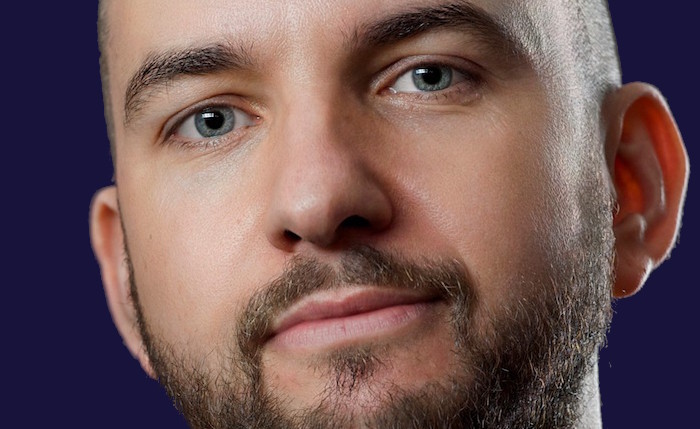 As an international DJ, Phil has supported Tiesto, Freemasons and Bimbo Jones and played for the world’s most established and celebrated clubbing brands including Fierce Angel, Miami Calling and SupermartXe.

In early 2014, Phil teamed up with London producer and DJ Rich B (also now a PRL client) to form a production combo with Matt Waterhouse Represents. The result is something that is pressing the right buttons in clubs and on radio worldwide. In a very short space of time, Rich and Phil have collectively completed official remixes for major artists such as Dannii Minogue, Erasure, RuPaul & Michelle Visage, Holly Johnson and Conchita Wurst.

As well as his work in radio, Phil has a podcast project with singer/songwriter and Gravity movie soundtrack star (and fellow PRL client) Katherine Ellis. The PMKEpodcast is released every fortnight, and is an entertainment explosion of news, reviews and interviews.

Now in November 2015 PRL is pleased to announce that Phil has joined our client roster of administered performers! 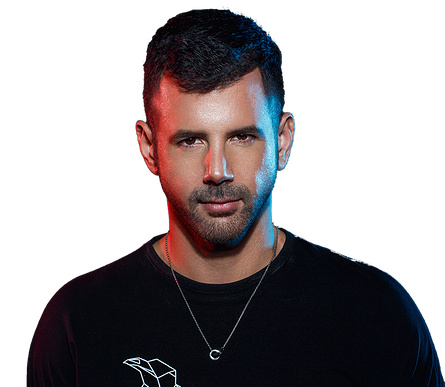 Guy Scheiman is one of the most successful DJs and producers on the international club scene, with club bookings that span the globe and official remixes for some of the world’s biggest stars, including JLo, Kylie Minogue, Rihanna and Lady Gaga. Based in Tel Aviv, Scheiman is known for his high-energy sound that combines house, progressive, tribal and tech house with strong melodies and memorable vocals. His live sets feature strong grooves and powerful bass-lines that ignite his dance floors and create euphoric experiences. And, his official remixes and original productions stand out as massive club anthems that combine his love for high-energy beats with passionate melodies and memorable breaks.

With a growing roster of major bookings in Asia and the Americans already planned for next year, plus more exciting remix and original production work on the way, Scheiman will continue to make his mark on the dance music scene and draw thousands of fans to his events from now into 2016, and now PRL welcomes Guy to our roster for performer rights administration! 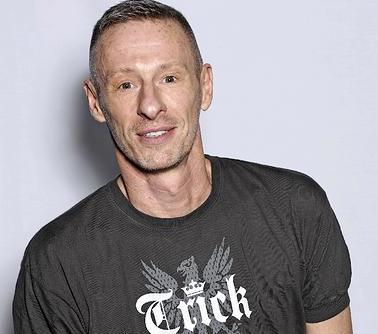 DJ & producer Rich B is based in London, England, and runs Enriched Records. In 2014 he celebrated 21 years behind the decks and in 2015 has officially remixed (with studio partner DJ Phil Marriott) RuPaul, Conchita Wurst, Erasure, Dannii Minogue, Dave Aude, Holly Johnson and more, and topped the US and UK upfront charts three times. He hosts a monthly mix show on Gaydio, the world's biggest LGBT dance radio station, plus a weekly mix on Sound Fusion Radio. He also DJs regularly in London and across the UK. Over recent years, with his label Enriched Records, he has also had club hits with Lady Bunny, Marcella Puppini, Tony Award winner Levi Kreis, Cool Like Daddy and Chrissy Darling.Now PRL welcomes Rich to our international roster of performers! 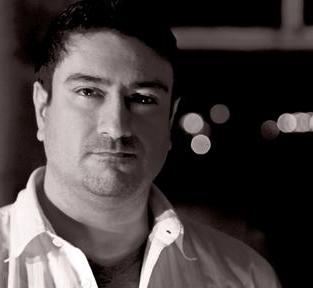 As one half of Friday Night Posse ( with Scott Page) Harry enjoyed 14 years of smash dance productions including a UK No.1 and UK and International Top 20 Pop hits.

Dancing DJ's was another key production name for Harry as well as Hardino, and more recently Dino Playa and Morlando, the latter with Dave Dennison from Riffs & Rays.

Now signed to 23rd Precinct Music as a songwriter PRL is please to bring Harry onto our roster of performer clients.

Watch out for further details in the forthcoming weeks and months! 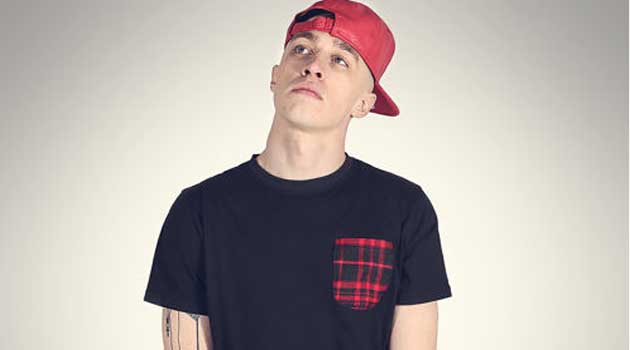 Shotty Horroh is one of the most known and respected rappers to come from the UK. A native of Harpurhey, Manchester, England Shotty has been making music for 12 years and goes from strength to strength...Shotty is known for his multi-silible rhyme patterns, genius wordplay and biting punchlines. This is the formula that has put him head and shoulders above the competition.

Championed by the likes of Charlie Sloth currently on BBC Radio 1, Shotty's enviable live Rap Battle record in the both the UK and USA stands him toes to toe with the leaders of the genre ( search YouTube!) and crossover commercial success is just a few beats ( and rhymes) away.. We welcome Shotty! 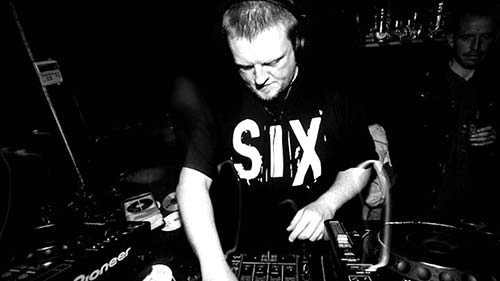 Zed Bias has long been at the cutting edge of UK electronica working both as a hit producer ( "Neighbourhood" was a UK crossover hit in 2000 and his production of Scrufizzer's "Kick It" also troubled the UK Charts) and DJ. His side projects as Maddslinky and as half of duo Phuturistix have helped bolster his considerable reputation and his work in the UK garage genre over the last two decades has been hailed as a crucial element in the creation of Dubstep. Now we welcome Zed to the PRL roster of performers! 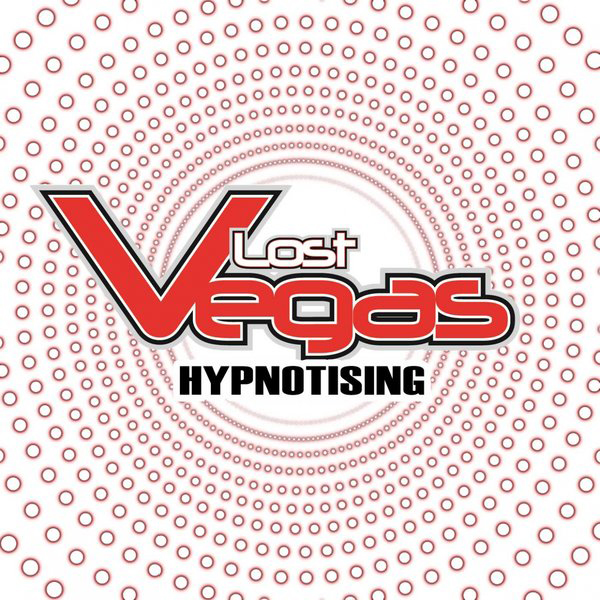 Lost Vegas is Steve Andrews and Matt Maurice, who's forthcoming single "Hypnotising " on Nip n' Tuck is beginning its envitable run towards peak club chart success with early Andi Durrant radio airplay this May. Both Steve and Matt have joined PRL for performer rights admin., and with GB Music and Single Minded Music for their publishing rights in the single also. Welcome lads!

Discovered by A$AP Rocky busking in the early hours one morning in London, Joe then turned in next day studio performances for A$AP and now has 5 features on the new (2015) (and US and Canadian No.1) released A$AP Rocky album "At.Long.Last". Now PRL welcomes Joe to its performer rights roster and as this "rags to riches" story starts to unfold..we wish Joe every success for an exciting career ahead! 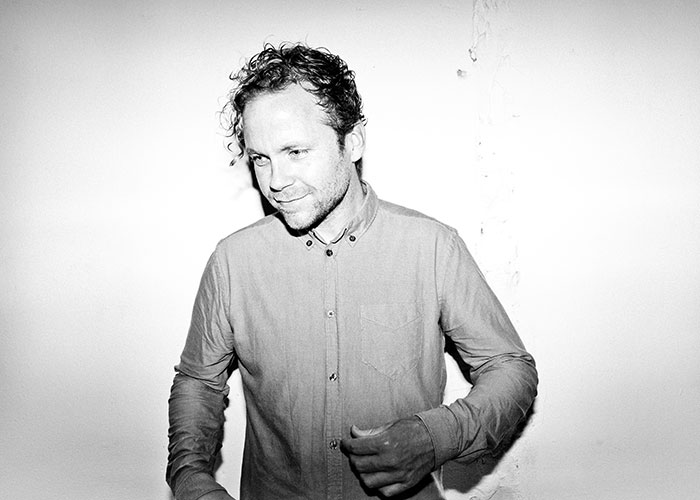 Fresh from his UK Top 10 single chart success with "Outlines" featuring Dragonette, Mike Mago is now firmly implanted into the global dance music scene. From his breakthrough release "The Show" in 2013/4 to his current US live tour, Mike has worked non stop to carve his now distinctive path through the massive Dutch music scene.

PRL (GB) welcomes him to our super hot roster of dance producers and recommend you check him out and the releases on his imprint Bmkltsch Rcrds without delay!