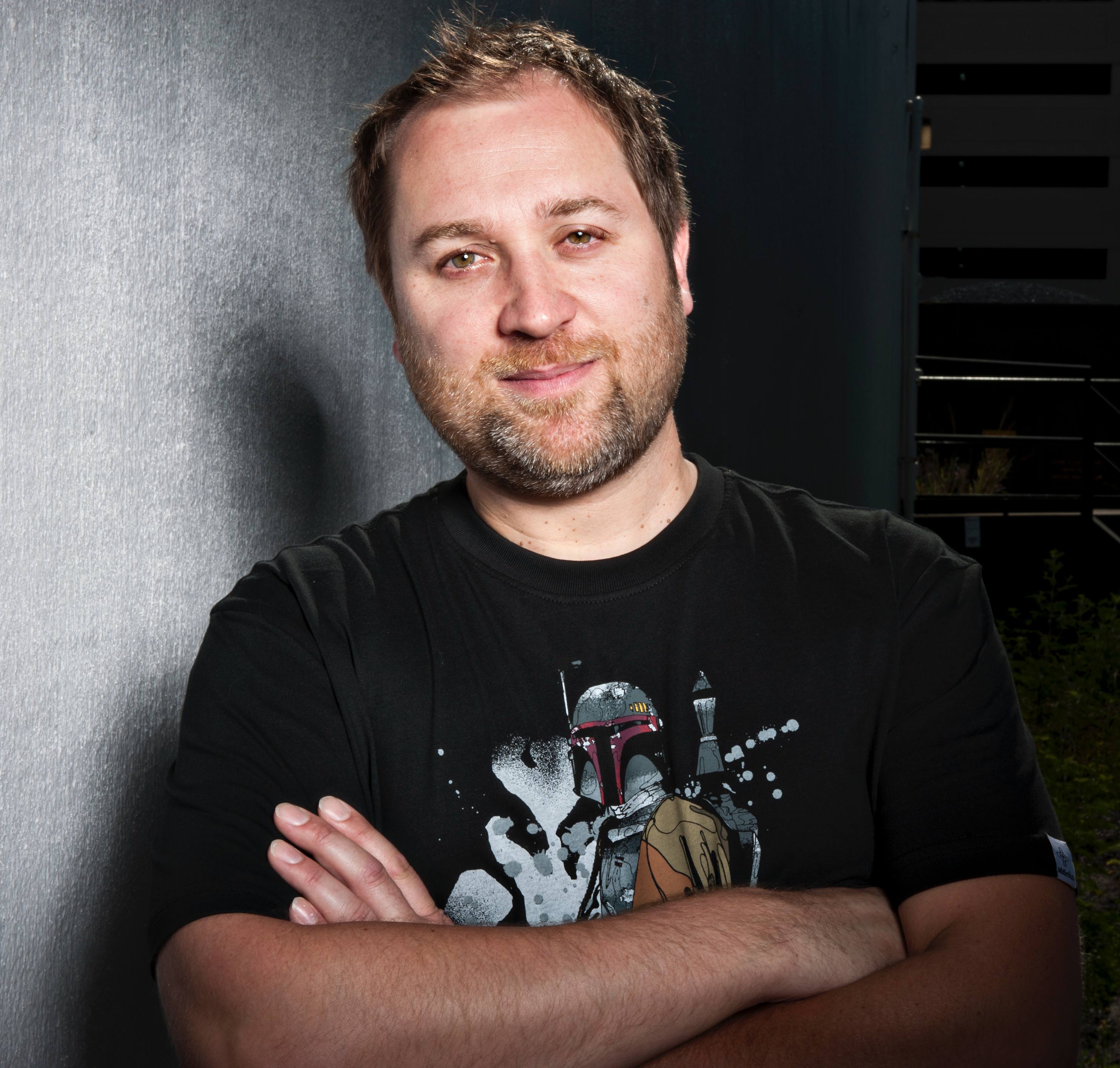 Bending boundaries and ignoring the status quo – where would the electronic music scene be today without Lee Coombs? For over three decades this British producer has been at the forefront of it all; releasing groundbreaking mix CDs, remixing the world’s most acclaimed artists and knocking out dancefloor destroying productions that are considered classics years after their release.

A seasoned veteran, Coombs first hit the DJ slopes in 1989, bathing himself in the acid house scene at parties around London and Cambridge. Crucial in shaping his all-encompassing approach to DJing and production, this boundary-less approach would become Coombs’ trademark, mixing up Breaks, House, Electro, Techno and Acid with dexterous assurance.

In 1998 Coombs made his first massive strike on the Breaks scene as the prized recruit of then ‘up and coming’ label Finger Lickin’, with the man’s acclaimed album of 2001 ‘Future Sound of Retro’ signalling his arrival on the world stage. The album struck a chord within the dance music community, so much so that respected industry figurehead Pete Tong noted him as the ‘man to watch’. An ‘Essential New Tune’ accolade soon followed courtesy of Tong, with Coombs’ re-rub of Quivver’s ‘One Last Time’ making dance fans weak at the knees the world over.

Such was the demand for Coombs, that luminary Paul Oakenfold was soon knocking at his door, resulting in the critically acclaimed Perfecto Breaks album of 2002. After landing the job of remixing Oakenfold’s ‘Time of your Life’ and then further re-rubs for world class acts such as Moby, New Order, Lamb and Planet Funk, Coombs’ status as one of the industry’s most in-demand artists quickly developed. Even the BBC was under the Coombs spell with them flying him over to Prague in the summer of 2003 to record the theme music for the television program ‘Born to Win’ with the Czech Philharmonic Orchestra.

Ever the musical innovator, Lee Coombs’ 2004 album release ‘Breakfast of Champions’ signalled a significant evolution in his sound. Collaborating with some of the most respected artists in his field – from Dylan Rhymes to Christian J, Andy Gardner (Plump DJs) and Jem Panufnik (Soul of Man), the album charted the ambitious new territory of Tech Funk, injecting the Breaks sound with butt-shaking elements of House, Electro and Techno. It was a style Coombs would make his own, alongside fellow innovators Meat Katie, Elite Force and Dylan Rhymes. Featured on the acclaimed album was the cracking single ‘Shiver’ (feat. Katherine Ellis) which was snapped up by classic house imprint Azuli and became one of the biggest vocal house anthems of 2005, whilst the ‘Alright All-Night/Dubhead’ and ‘Obsessional Rhythm’ singles went straight to no.1 in the DJ Mag Beats & Breaks Chart.

Departing Finger Lickin’ for new pastures in 2005, Coombs’ focus shifted to releasing music through his own Thrust Recordings imprint as well as Adrift and Meat Katie’s Lot49 (then Whole9Yards). It was at this time that he started his ‘Thrust’ club nights in San Francisco, with the quarterly events becoming one of the hottest tickets in the Bay Area. He also formally joined the Lot49 team, mixing the label’s compilation Lot49 Presents – Lee Coombs.

When he is not in the Producers chair, Coombs regularly tours all corners of the globe and is a bona-fide fan favourite throughout Europe, the USA, Australia, Asia and of course the UK. His popularity has also ensured his repeat appearance at infamous festival ‘The Burning Man’ in the Black Rock Desert of Nevada.

Coomb’s next artist album entitled “Light and Dark.” Was released in October 2009 on Lot49 records, Coombs views this as a most ambitious project with a range of tempos from 100 – 128 bpm. While still dancefloor focused, collaborations with the likes of Seasunz, Katherine Ellis, Uberzone and others help push the albums boundaries and showcase Coombs’ abilities across multiple genres.

2010 saw Lee move back into the world of film music when Absolut Vodka asked for his services with their ‘Absolut Night’ campaign. In 2011 they also asked Lee to write the music to their ‘Absolut Blank’ Campaign which includes ‘behind the scenes’ video soundtrack and an Electronic version of their worldwide showing ‘Absolut Blank’ T.V. commercial.

In 2011 Coombs revived The Freakazoids project that he started in the late nineties and began to write the album ‘In Freakz We Trust’. This tribute to Old School Electro and Hip Hop was finally released in 2014 after a successful crowdfunding campaign to press Limited Edition CD’s and Vinyl. At the same time Coombs collaborated with up and coming producer Kostas G and wrote their artist album ‘Kaleidoscope’. This Breaks and Tech House long player was released to much critical acclaim and was a standout release of the year. If that wasn’t enough 2014 ended as an incredible year with Coombs’s single ‘Lilly in the Sky’ becoming one of the bestselling Breaks singles of the year and remaining in the top ten for months at a time. Coombs ended 2014 in the Beatport bestselling Breaks artist chart at no 18, ahead of many so called bigger names…

2015 saw one of Lee’s most prestigious gigs to date. Up and coming film director Shin Shimosawa asked for Lee to create music for a scene based in an underground club for the new movie ‘Misconduct’ starring Al Pacino and Anthony Hopkins. This became an exciting and very interesting project where Lee had to make the music sound like a DJ was mixing it live in the club and sync to existing film.

2015 also became the year that Lee Coombs was asked to join faculty at Full Sail University as a Lab Specialist in the Sequencing Technology dept. An exciting development in a long and decorated music career.

In a world that’s so often governed by trends and fads, Coombs’ unwavering ability to simultaneously destroy dancefloors and push musical boundaries over 25 years since he first touched a pair of turntables is a remarkable achievement in itself. There’s little doubt that his impressive sonic skills will be rocking ears for many years to come. 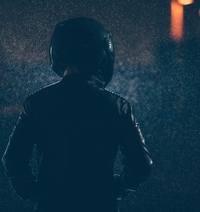 PYLOT has established himself as one of the most innovative and recognisable creators of Synthwave. 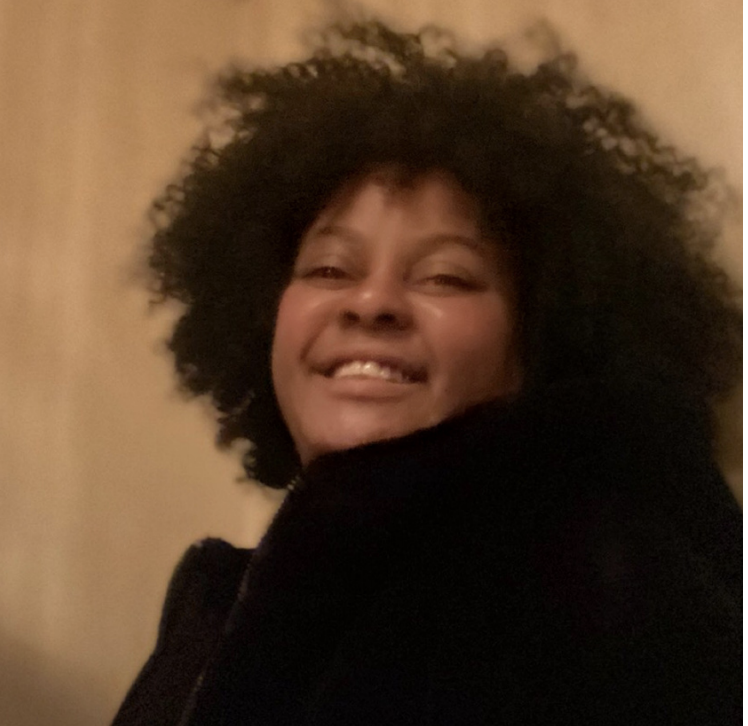 Joy Farrukh (aka Joy Malcolm) first came to prominence as a writer for the Young Disciples back in 1994.

She was soon asked to join Incognito in 95, where she fronted the band for their most successful album '100 Degrees and Rising" (which reached number 11 on the UK album chart) and subsequent world tour. Joy also features on the album "Who Needs Love" where she co wrote the track "Stone Cold Heart”.

Next up was Austrian Electronic artist (Klaus) Waldeck. Joy and Klaus made many albums together including "Ballroom Stories" which included "Make My Day"

(which appeared on an advert for Mercedes Benz) and was a hit in Europe.Moby then came knocking and Joy and Moby had a long working relationship which lasted 3 world tours, with Joy also co-writing and singing lead vocals on his single "Lie Down In Darkness" which features on his album"Destroyed" (the track was featured on 4 worldwide Hugo Boss adverts and fronted their 2014-2016 campaign). Also Photek's remix of the track was nominated for a Grammy in 2013. In addition the track

"Blindness" featured on the following album 'Innocents' (Deluxe edition). During a break in world tours for Moby, Joy also found time to front Basement Jaxx on their 2012 South American and Australian tour.

Joy has had her work used in everything from "America's Got Talent" through to "The Bourne Ultimatum" and also recently the Elton John biopic "Rocket Man".She was also worked with artists such as Grace Jones,

PRL welcomes Joy to the roster via our associates 23rd Precinct Music in Glasgow! 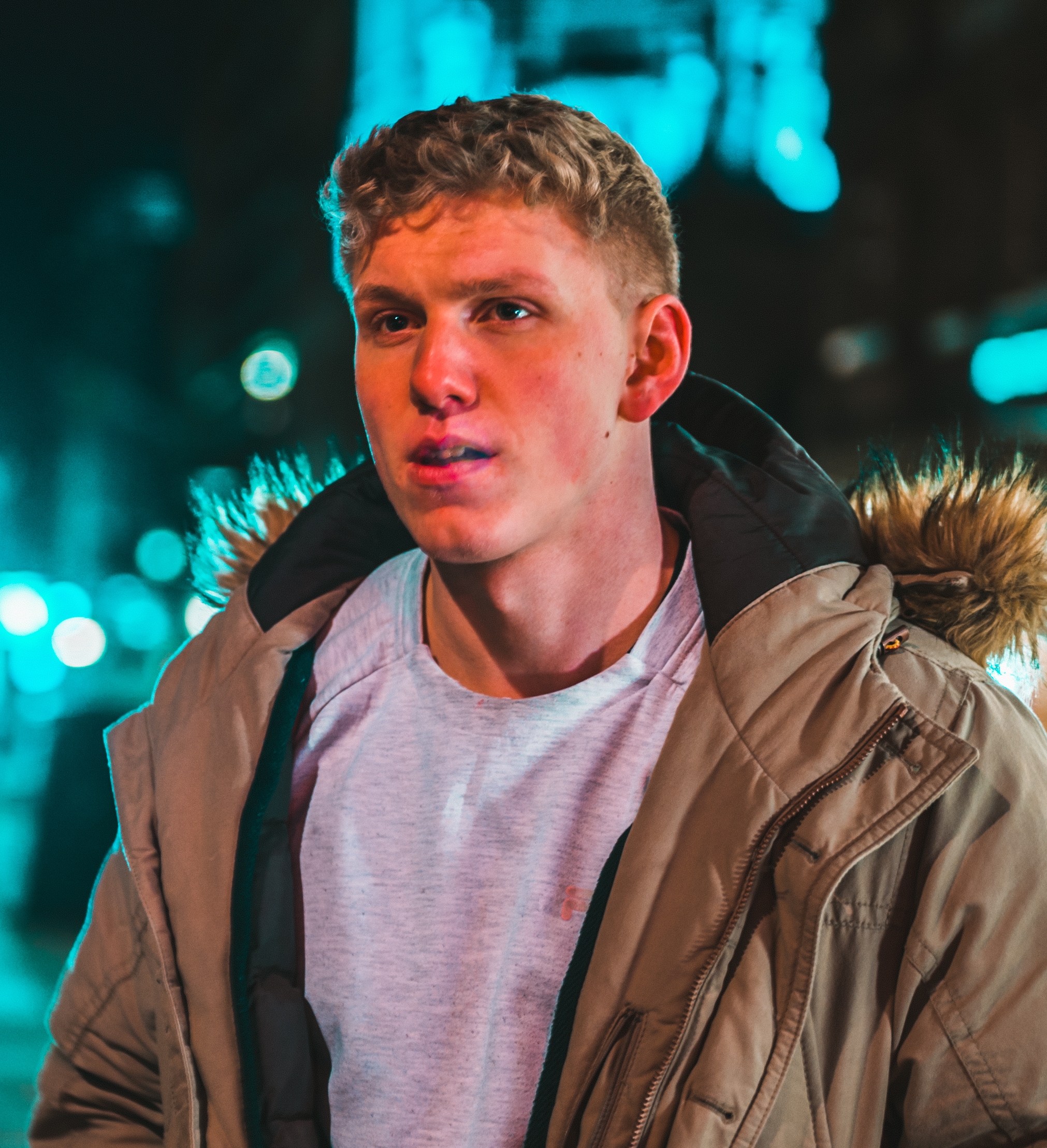 Felix Samuel is a 21-year-old British Singer/Songwriter who is currently studying for his Masters in Civil Engineering. Debuting in July of 2019, Felix has already garnered over 25 million streams on Spotify already and an all-time high monthly listener count of 1.6 million. The Edinburgh based artist has made a name for himself with his topline work for renowned artists such as Madism, Jonasu and Macks (New alias for the former frontman of Dante Klein).

In just over a year the young talent has signed his songs to some of the most exclusive labels within the dance sphere: such as 3beat, Disco:wax, Loudkult and Soave. His remake of Tove Lo’s ‘habits’, alongside Jonasu, reached an all time high of number 2 on Music Week’s commercial pop chart, as well as being the 32nd most played track on KISS DANCE as of right now. With Spotify editorial features such as Mint and Chill tracks, the streaming platform has shown real approval of the fresh sound Felix brings.

Considering the accomplishments made in such a small time frame, and the huge current demand for Felix’s vocals, 2021 is set to be a huge year for this emerging star! 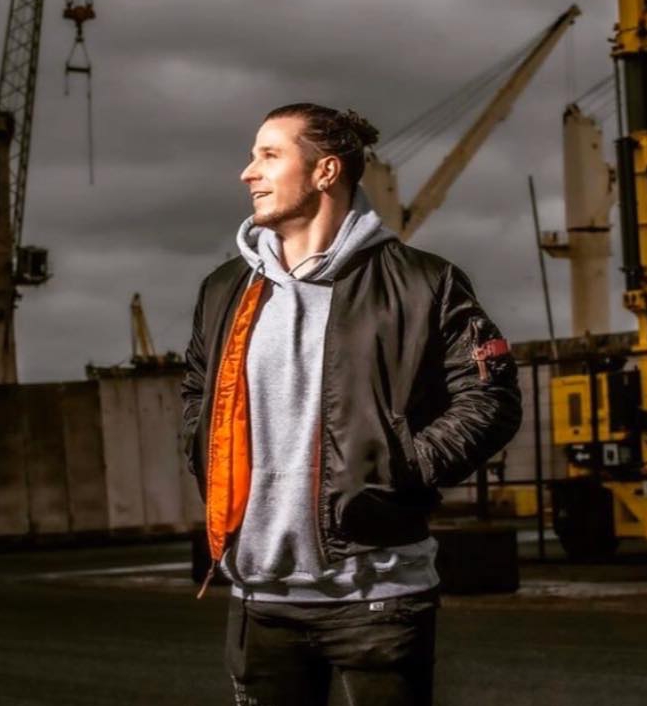 Having had a love for electronic music from a young age you could say he was a late bloomer when it came to learning to DJ. But a lot of people don’t know that Richie was producing music before he had learnt to play the decks.

Leaving school Richie went on to study music technology & Production as he new he wanted a career in music. It was later that he went on to start DJing in some off the best clubs in Northern Ireland. Doing warm up slots at Stiff Kitten and Holding a residency in MYNT Belfast for two of there club nights, MISH MASH & PLAY. Also being a regular resident for the well renowned club night KINETIK. Richie is now the resident DJ for MOTH, T13 Warehouse, White Rabbit & No Disco, 3 of Belfast’s biggest club nights. He has played along side some of the worlds leading & best DJ’s, Steve Lawler, Felix Da Housecat, DJ Sneak, Booka Shade, Mark Knight, 2manydj’s, Aeroplane & Rayko to name a few. Since then Richie has went on to hold residencies in Ibiza (Spain), Lisbon (Portugal) & all over Ireland.

Richie’s music productions have gotten him noticed on radio station across The UK, Europe & Ireland. Holding guest mixes on Cool FM’s friday nights Apex show and Neal McClelland’s The Residency radio show on Q Radio Network. Cool FM also featured two of Richie’s track’s as there record of the week on different occasions (La Salsa & Pyrophoric). Being signed to record labels Smiley Fingers Records, Freaky Vibes, Baroque Records, Whartone Records, Rezonation Music, Pleasure Records, Ritual music, Antura Records and Sonar Bliss Records Richie’s tracks have went on to do well on music download site. His track’s have also made it onto CD compilations such as Whartone Records Ibiza 2012 compilation, Ritual Music’s Ibiza 2011 compilation and Essential Ibiza House Volume 2 on LW Records. His track he co-produced with The Brisboys (Do I Know You) was the best selling track on (Baqrogue Records) Baroque Records Miami 12 compilation. It got to number 4 in the top 100 downloads on djdownload.com. Out selling DJ’s like David Guetta, Afrojack, Pitbull and Gareth Emery. He also had one the top 10 best selling progressive house tracks of 2012 on djdownload too (Paul Lock – Low Freqs (Richie Blacker & Brisboys Remix). More recently, Richie’s ‘Summer Of Rave 89 EP’ was released on Skreams’ ‘Of Unsound Mind EP’ in July 2020 and has had rapturous welcome by BBC Radio1 heavyweights including Danny Howard, Pete Tong and Annie Mac.