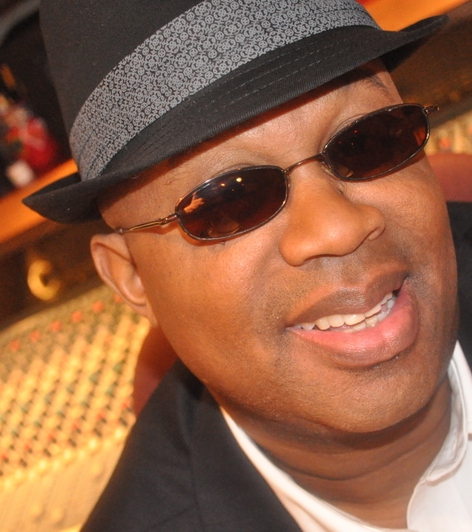 Barry is one of the most successful and prolific producers/songwriters/arrangers in contemporary music, racking up over sixty gold, platinum, and multi-platinum albums on some of the most important artists in pop and R&B, with cumulative sales of over 80 million copies worldwide. Respected and acknowledged Barry’s worked with legends such as Aretha Franklin, Whitney Houston, Barry White, Anita Baker, George Benson, Al Jarreau, Chaka Khan and Gladys Knight, and has provided hit records for major artists incl. Britney Spears, Brandy, Faith Evans, Michael Bolton, Vanessa Williams, Freddie Jackson, Billy Ocean, Kenny Lattimore, Regina Belle and Tamia, among others.

Barry’s first credits as an arranger and producer appeared in 1982 on records by The O’Jays, Teddy Pendergrass and McFadden & Whitehead; after a few years on the road with Melba Moore, Barry was hired for gigs with the likes of Chaka Khan, Angela Bofill and Phyllis Hyman. A call from a New York contractor resulted in a couple of years as a musician in the hit Broadway show, “Cats”.

By the mid-‘80s, Barry’s career as a writer began to take hold: he had songs on albums by Billy Ocean (his breakthrough album, “Suddenly”), Melba Moore (“Read My Lips”) and then in 1985, then-newcomer and Moore protégé, Freddie Jackson, penning six of eight songs on the soul vocalist’s best-selling debut LP, “Rock Me Tonight.” The LP also provided Barry with his first major production credits on six cuts.

Included on Jackson’s debut set was another classic – “You Are My Lady” – which Barry wrote as a tribute to his wife: “That song literally changed my life forever,” Barry reflects. “After working on Freddie’s album and playing and writing for Billy Ocean’s “Suddenly” album, I was hired by Jive Records to work with [South African musician/singer/songwriter] Jonathan Butler after they heard my work on a couple of (jazz guitarist) Earl Klugh’s records.”

Barry’s production skills were on full display on subsequent albums by Butler, Billy Ocean’s classic “Love Zone” and “Tear Down These Walls”, and Jackson and by the end of the ‘80s, he had added a slew of both renowned artists (Britain’s iconic singer Tom Jones, George Benson, gospel star Vanessa Bell Armstrong, Stephanie Mills, saxophonist Najee and Regina Belle) to an ever-growing list of credits.

In the early ‘90s, Barry was in demand for a range of production assignments including with three then-Arista recording artists, Jeffrey Osborne (with him he scored a No. 1 R&B hit, “I’m Only Human”), ‘Dreamgirl’ Jennifer Holliday (with “I’m On Your Side”) and the legendary Dionne Warwick, for whom Barry co-produced a track with her original producers, Burt Bacharach & Hal David.

Others who benefitted from the Eastmond magic touch for the first five years of the ‘90s included Will Downing, Keith Washington, Phil Perry, Rachelle Ferrell, Glenn Jones and The Temptations: one session with hitmaker Howard Hewett in 1990 on a duet with global superstar Anita Baker resulted in a subsequent call from Baker (who had cited Barry’s work with Jonathan Butler as the catalyst for his involvement) a few years later. The initial result was Barry’s involvement with Anita’s best-selling “Rhythm Of Love” 1994 album and a Grammy win for her with Barry’s “I Apologize,” penned with Gordon Chambers.

The decade of Barry’s solid reputation as the ‘go to’ producer continued with Kenny Lattimore’s “For You” (acknowledged as the singer’s breakthrough hit), sessions with the late Phyllis Hyman (for what would be her final album release, “I Refuse To Be Lonely”), Maysa, Vanessa Williams, Nancy Wilson, Vesta, Michael Bolton, Martha Wash and a stand-out track for the hit movie, “Set It Off” in the form of “Missing You” performed by Chaka Khan, Gladys Knight, Tamia and Brandy. Recalls Barry, “It was great to reunite with Chaka from our early ‘80s days on the road and Gladys was someone I always wanted to work with.” Another personal highlight for Barry was working with the late legendary Al Jarreau on tracks for his 1999 set, “Tomorrow Today”.

Barry’s entry into the 21stcentury began with “Dear Diary,” a track on an album that would go on to sell over fifteen million copies – Britney Spears’ “Oops!...I Did It Again” – and continued with sessions with Peabo Bryson, Yolanda Adams, Kenny Lattimore & Chante Moore, Broadway star Elisabeth Withers, ‘Queen of Soul’ Aretha Franklin and the iconic Whitney Houston, with Barry contributing the title track for her 2003 Christmas album, “One Wish.”

Barry also completed two albums with Anita Baker for Blue Note, 2004’s best-selling “My Everything” (on which he produced all but one track) and 2005’s “Christmas Fantasy.” Barry’s work with teenage prodigy Karina Pasian on Def Jam earned her a Grammy nomination for Best Contemporary R&B album; and further projects included reunions with Freddie Jackson and Kenny Lattimore and in 2013, Barry produced Billy Ocean’s first album in a number of years, “Here You Are” (consisting of Billy’s take on standards) which achieved major sales and chart success in the UK (where it reached #4 on the best-sellers list).

In addition, through his illustrious career, Barry has composed movie and TV themes as well including "When The Going Gets Tough" from the hit movie, "The Jewel Of The Nile", the afore-mentioned "Missing You" from "Set It Off" as well as a number of popular U.S. television shows.

The recipient of numerous awards including an American Music Award for “Nice’N’Slow” (one of the key tracks on Freddie Jackson’s 1988 “Don’t Let Love Slip Away” album) and numerous ASCAP Pop and R&B citations, Barry has been a member of the Board of The Recording Academy and was honored alongside Hal David, Lyle Lovett, Jackie De Shannon, Dean Kay, Brett James, Hillary Lindsay, Gordie Sampson and others at ASCAP’s “We Write The Music” 2011 event at the Library of Congress at the Library of Congress in Washington D.C. where Freddie Jackson performed the timeless “You Are My Lady”.

Barry’s recent activities have included tenure as an adjunct professor at NYU Steinhardt Performing Arts Department in songwriting as well as involvement in the NYU Summer Songwriting Workshop. He comments, “I was a guest speaker for ten years at The Berklee School Of Music in Boston and for the past four years, I’ve taught at NYU. I’m comfortable in this environment and I’ve worked with some truly talented students. I’m truly happy to pass on the knowledge, including everything I learned from great record men like Clive Davis, Ahmet Ertegun, and (Jive Records President) Clive Calder.” Barry was recently inducted into “The Soul Music Hall Of Fame” as a producer/arranger which he considers a thrill and an honor to be a part of.

Noting that he “still loves being in the studio…I could do it every day!”, Barry’s most recent projects include tracks on Najee’s best-selling jazz/R&B album, “Poetry In Motion” and work on a Billy Ocean album of brand new songs for 2018. In addition Barry has been a new song on the brand new Steve Perry Album ”Traces” which he co-wrote with Steve entitled “You Belong To Me”.