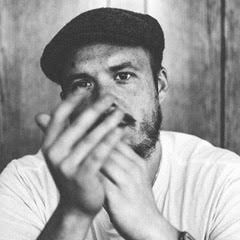 Mark McGowan is renown for the power and timbre of his neo-Soul voice. A voice that keeps one ear firmly in working class Glasgow, yet transports the other to the Greenwich Village folk scene of the early 60's. McGowan’s intricate picking style and storytelling developed from an early age and became the tools for him to express himself.

Mark's 2016 EP 'Fugazi' built on the excitement caused by the release of his debut single the previous year last year, the AAside 'Bonnie & Clyde'/'Colour of Surrender' , which earned him some prestigious international blog attention as well as a cult following on Glasgow's thriving independent scene, leading to him gaining status as a headline act in the city. The 'Fugazi' EP brought a diverse collection of influence to the table, with Barne Society producer Marco Rea (BMX Bandits, Emeli Sande), creating a contemporary texture as the backdrop to McGowan's tales of outlaw's, regret, revenge and romance. Tracks 'Lighthouse' and 'Fugazi' display the essence of Mark McGowan's style with their bittersweet images being painted over circular picking patterns. McGowan also displays dark humor with sounds reminiscent of Otis Redding doing Johnny Cash in the rockabilly hoe down that is 'Sunday Best'. Mark McGowan added a fresh vitality to his Soul inflected folk with 2017 single 'Hot Coals'. Built on a hypnotic guitar figure and hooky chant 'Hot Coals' maintains the vivid romantic imagery that coloured McGowan's previous releases, while at the same time distilling his strengths in a more direct, contemporary setting. Hot Coals was helped brought to life by producer Rick Webster who has worked with the likes of Breakfast Muff, Unkle Bob and James.

In Autumn 2019, Mark released 4 track EP 'Speakeasy' though Los Angeles based label NHM LLC. With the support of the LA office, this has opened up amazing opportunities for Mark who has been out to perform in New York City as part of the New Colossus festival & managed to squeeze in a Sofar Sounds set whilst there. Furthermore, Mark's music videos for Speakeasy & Roles Reveresed have culmitavely reached >300,000 views.

An impending release in 'Bones' is set for later on this year. In addition, Mark McGowan was added to Antidote Booking's impressive roster and he joined fellows Scots; VanIves, Carla J. Easton, Tom McGuire & The Brassholes and Wuh Oh. This has led to Mark taking his mesmerising Neo soul voice across the UK including dates in London & Brighton.